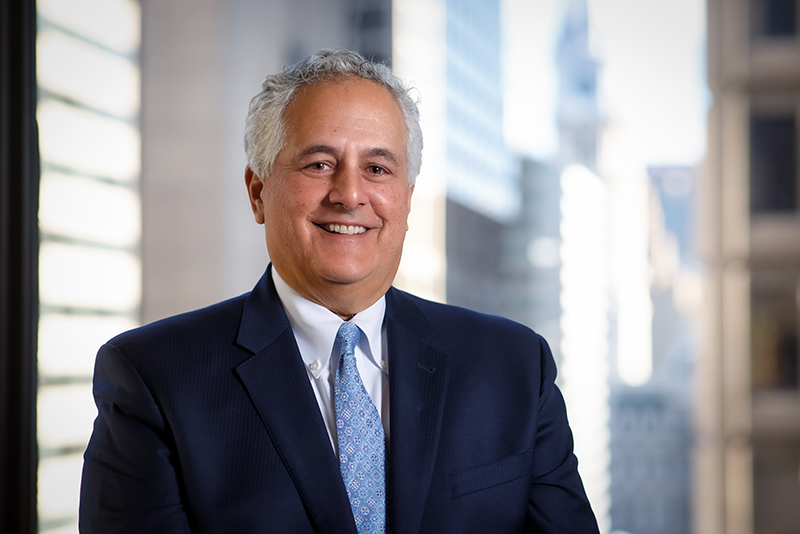 After graduating law school, he served as a Judicial Clerk to the Honorable William Hart Rufe of the Bucks County Court of Common Pleas. After completing his clerkship, he became a personal injury litigator and spent twenty-four years as a partner in a major center city personal injury firm before deciding to start his own personal injury law firm. He has achieved numerous multi-million dollar recoveries for injured victims and is a certified member of the Million Dollar Advocate Forum. He has extensive experience in representing employees of the United States Postal Service, Pennsylvania State Troopers, City of Philadelphia Police Officers and Federal Express employees injured in the line of duty. He also has extensive experience with claims of individuals injured by defective products.

He has in the past and continues to volunteer his time to the Philadelphia Court System where he serves as a Judge Pro Tempore successfully mediating settlements of personal injury cases. He has served on the Board of CYO, Catholic Youth Organization, and he is presently on the board of Gaudeamus, a faith based ensemble of professional musicians who, through their musical performances, generate proceeds directed to organizations supporting the needy, with primary focus on education and children’s medical needs. He also serves as Chairman of The Loyola Society President’s Board at St. Joseph’s University.

If you have sustained serious injuries as a result of someone else’s negligence, contact DiSandro & Malloy, P.C. today! Our Personal Injury attorneys have extensive litigation experience and are ready and willing to fight for your rights as a victim. We serve clients with personal injury claims in both Pennsylvania and New Jersey.